Bienvenue aux études françaises et francophones à l’Université de l’Utah ! Our program is designed to introduce students to the language, literature, arts, and cultures of the French-speaking world. Whether you major or minor in French Studies, your curriculum begins with intensive grammar and progresses through the cultural history of l’Hexagone (France) and many of the more than 50 other nations today that use the French language. 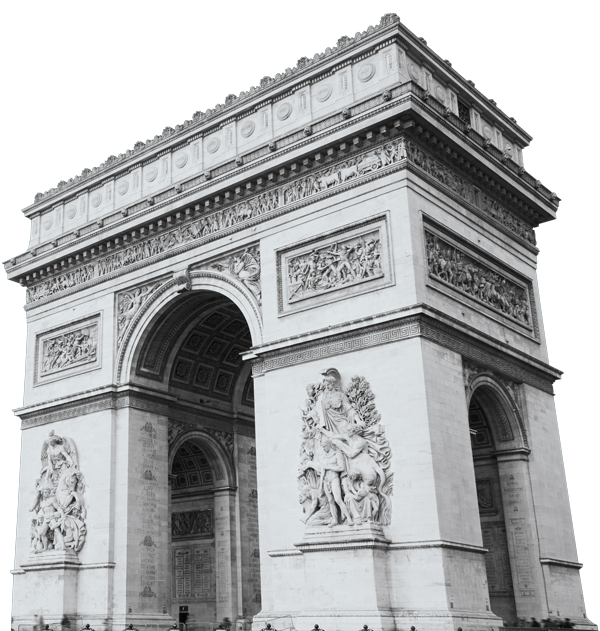 Students majoring in French will gain a deeper understanding of French and Francophone cultures through the study of language, literature, and society. A degree (BA) in French Teaching is also available. Students should declare their major at least two semesters before their expected graduation date.

Earned at least 15 credits from the following

Completed at least 3 of the following

Earned at least 6 credits from the following

Earned at least 6 credits from the following

All classes must be passed with a C or better
Students must take at least 15 credits of the major in residence at the University of Utah
Completing this major does not give you a teaching license. In order to recieve a teaching license, students will need to complete the Secondary Teacher Licensure coursework. This may increase the minimum degree hours.

Minor in French or French Teaching can open many doors for you. Pair this minor with other fields of interest for career opportunities in international relations, administration, business, publishing, non-profit work, healthcare, and more.

A department like ours is something like a small liberal arts college that caters to individual student needs, promotes programmatic innovation, and fosters forward thinking and intellectual freedom. This freedom is reflected in coursework, which you will find engages a wide variety of subjects from film to fashion, epic to lyric, the romanesque to romance, painting to porcelain, and dramas of revolution, nationhood, otherness, and identity.

Pi Delta Phi is the National French Honor Society for undergraduate and graduate students at accredited public and private colleges and universities in the United States. The highest academic honor in the field of French and the oldest academic honor society for a modern foreign language in the United States, Pi Delta Phi was founded as a departmental honor society at the University of California at Berkeley in 1906. The Society was nationalized when the Beta Chapter was established at the University of Southern California in 1925. The Society was officially endorsed by the American Association of Teachers of French as the only collegiate French honor society in 1949.

The purpose of the Society is to recognize outstanding scholarship in the French language and Francophone literatures, to increase the knowledge and appreciation of Americans for the cultural contributions of the French-speaking world, and to stimulate and to encourage French and francophone cultural activities.

There are currently more than 370 chapters of the Society in the United States and two representative chapters at the American Universities in Paris and Aix-en-Provence in France. The society was admitted to membership in the Association of College Honor Societies (ACHS) in 1967. Pi Delta Phi operates as a 501(c)(3) tax-exempt, nonprofit organization. For more Pi Delta Phi history, visit our History page.

The Society's Executive Board is chaired by an elected President, and includes four elected regional Vice-Presidents, and an Executive Director and Newsletter Editor that are appointed by the President. All Board positions are volunteer. The official publication of Pi Delta Phi is the Newsletter.

What Students are Saying

"The classes I’ve taken in the French program have gone above and beyond my expectations. The program offers a diverse range of classes — from film, poetry, and fairy tales to Francophone cultures and Medieval and Renaissance literature. Students will not only learn the language, they will learn about the culture – and they will have a lot of fun doing so."

"Voltaire wants you to study French. You're not going to disappoint Voltaire, are you?"

We encourage our undergraduate students to be pro-active in seeking out these scholarship and research opportunities, and we help in every way we can.

The Department of World Languages and Cultures, College of Humanities, and University offer many Scholarship opportunities.

VIEW AND APPLY FOR SCHOLARSHIPS

The Undergraduate Research Opportunities Program (UROP) provides undergraduate students and mentors the opportunity to work together on research or creative projects.

UROP provides a $1,200 stipend (effective Summer 2019) and educational programming for students who assist with a faculty member’s research or creative project or who carry out a project of their own under the supervision of a faculty member. Students may apply for UROP any semester and may be eligible for a one-semester renewal. UROP awardees are hired as temporary, part-time UROP Participants by the Office of Undergraduate Research and are paid $1,200 (effective Summer 2019) for 120 hours of research or creative work during the semester.

Our Major course of study provides excellent preparation for pursuing graduate work and entering a variety of professions where critical reading, writing, and thinking skills are at a premium.

Having five full-time faculty members in the French Studies Program means individualized attention is provided for each French student.

Take the Next Step
CONTACT US
APPLY NOW
TOUR THE CAMPUS
Last Updated: 3/18/20